A window to the past with Late Triassic fossils discovered at Bowdens Quarry, Somerset. 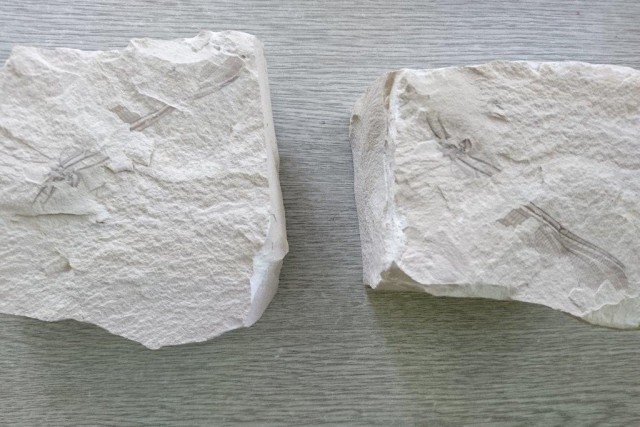 Quarrying our natural resource of stone allows us to peel back the geographical layers of the earth and travel back through time. Unearthing fossils always provides an exciting window into the past and in 2016 we did just that with some exciting discoveries made by our team at Bowdens Quarry, Langport.

Bowdens Quarry in Somerset, which is owned by Lovell Stone Group, works the late Triassic rocks for building stone and the worked stone exposes the upper beds of the Langport Member (Penarth Group) - known the White Lias. The stone is used for buildings and at the time of the fossil discoveries, they were suppling stone to the Bath & NE Somerset Council Offices.

The quarry had discovered an ichthyosaur specimen and a plesiosaur block. Geological collector, John Whicher and geologist, Simon Carpenter had the opportunity to visit, after a friend visiting the quarry site delivering oil had been shown the ichthyosaur specimen. They subsequently helped classify the fossils and secure their curation and display at Frome Museum and Bristol City Museum.

In addition, our quarry foreman, Lee Riva, had also discovered a spectacular and rare dragonfly specimen preserved in the White Lias and showed this to John and Simon on their initial visit. This discovery was really exciting as the preservation was exceptional with the detail of the wings, the head and thorax. It was an even more thrilling discovery as it's a potentially a new species of dragonfly and so rare to find delicate invertebrate fossils so beautifully preserved. The dragonfly specimen has been donated to Bristol City Museum this year and is now awaiting museum registration - and maybe it will even be named after the finder, our very own Lee Riva.

The Ichthyosaur blocks have been donated to Frome Musuem

The rare plesiosaur fossil has been donated to Bristol City Museum in 2018, currently waiting for classificaton.

The dragonfly fossil has been donated to Bristol City Museum in 2018, currently waiting for classification.

Thanks to Simon Carpenter, field naturalist and geologist, for the report and pictures and John Whicher, geographical collector, for the pictures.

For more information about our products and services, or to request stone samples, please contact us:
t: 01929 439255
e: sales@lovellstone.com