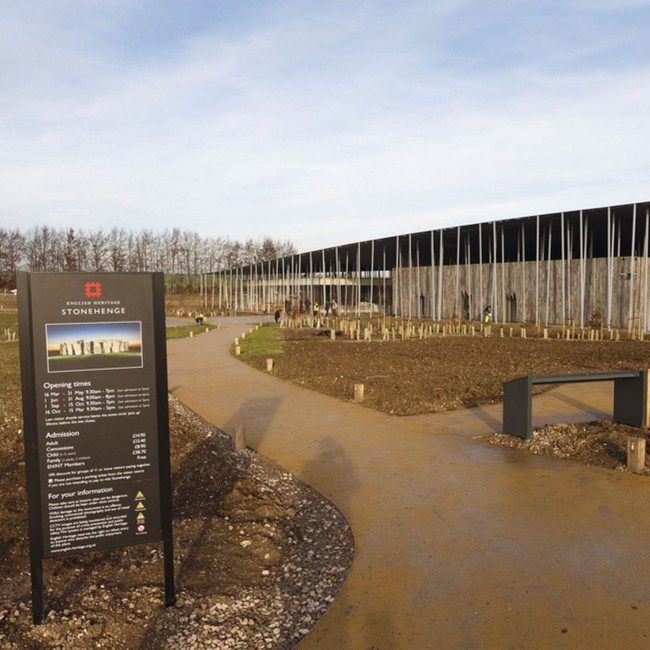 The Stonehenge Visitor Centre opened in December 2013 and was part of a £27m project which incorporated a cafe, shop, special exhibition space and archaeological treasures. Stonehenge, built between 3,000 BC and 1,600 BC, is thought to have been used for a variety of religious ceremonies and the Visitor Centre was built to 'restore the dignity' of this iconic monument.

The Centre now hosts more than 1 million visitors per year and we're proud to have supplied a quality local stone as part of a comtemporary attraction that includes one of the UK's most recognisable landmarks. 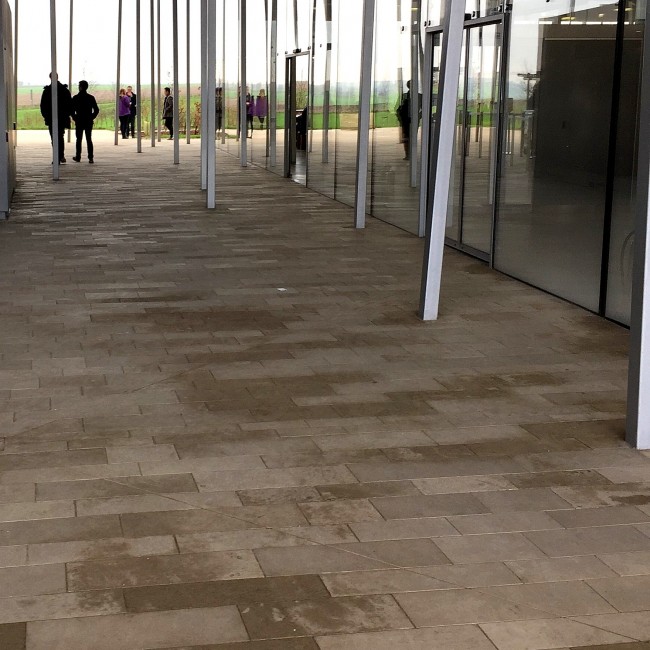 Our Chicksgrove stone was used extensively throughout the external landscaping scheme for external paving and we supplied over 1800 sqm in total. The Chicksgrove paving was produced in two special finishes  -  a brushed finish which exposes the shell content and a fine calibrated finish. 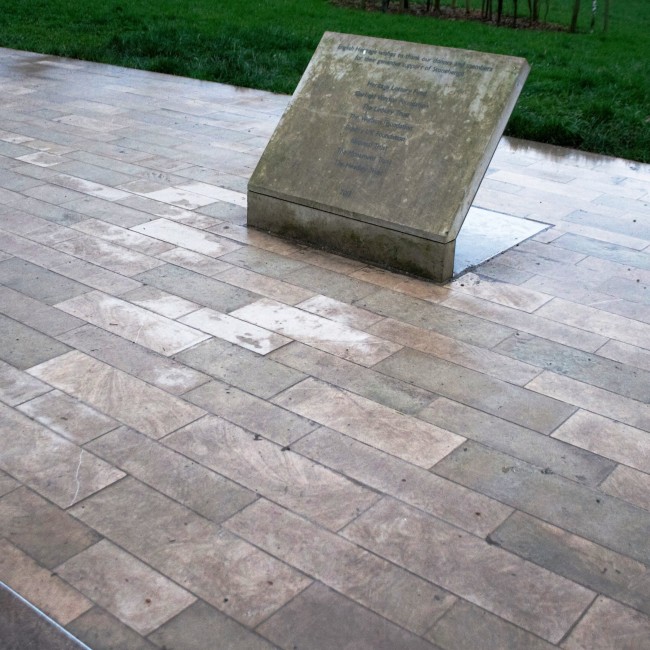 The external paving included long planks of stone that created a Parquet floor design which adds to the unique experience the visitors have as they walk around the Centre - the indoor and outdoor spaces blending seamlessly together.

Our Chicksgrove stone can be used for a variety of applications - from walling stone to building stone, internal and external paving and masonry.